The beautiful and historic city of Cagliari, the capital of Sardinia, is home to a number of feasts and celebrations throughout the year, and none are more important than the Festival of Sant’Efisio (Sagra di Sant’Efisio).

Taking place on the 1st of May every year, the Feast of Sant’Efisio is attended by locals and visitors who enjoy the colours and sounds that come with a lively Italian parade and celebration. This traditional festival is celebrated each year from 1st to 4th May.

Roots of the festival

The festival has deep historical roots, and celebrates the saint to whom the people of Cagliari turned after a devastating plague in 1652.

They pleaded with the martyred saint to rid the city of plague, and he duly delivered: by 1656 the plague was over, and the pledge the locals had made to carry a statue of Sant’Efisio through the streets of Cagliari every year has been met ever since.

What began as a small demonstration of thanks soon became a major event. The 1st of May coincided with an even older tradition of ‘Thanksgiving’ whereby the people thanked God for the spring harvest, and the two events merged to become what is now the premier feast day celebration in Sardinia.

The parade really is a delightful and spectacular experience, and the modern version sees in excess of 5000 people follow the statue of Sant’Efisio through the unspoilt and quaint streets of the city.

They are led by a series of colourfully decorated wheeled wagons known locally as ‘traccas’, these celebrating the harvest and the produce gathered, and following come a variety of groups representing the many villages around the region, each wearing traditional dress and singing religious songs that are associated with the area.

Next, horsemen follow on their resplendently decorated mounts, including an armed escort that traditionally guards the statue from bandits, but perhaps the most striking part of the parade comes with the golden coach that carries the saint through the streets, surrounded by beautifully dressed attendants in formal dress whose job it is to guide the statue to its resting place.

A cacophony of sound and music accompanies the statue, ranging from the beautiful music of the traditional local Sardinian pipes to the bark of ships horns as it passes the port, and once the procession reaches its end, the party begins!

A friendly, lively and unique to the area atmosphere prevails, with feasting, religious ceremonies, dancing and singing bringing colour and excitement to the proceedings, and everyone is welcome, not matter where they are from.

To those who come from Cagliari this day – and the few that follow it before the statue is once again marched through the streets to its permanent resting place in the small church at Stampace – is the most important in the calendar, and for tourists it represents an opportunity to experience a genuine traditional Sardinian celebration like no other.

Nothing can match the sight of 5000 people winding their way through the wonderful streets of Cagliari, just as they have done every May the 1st for more than 350 years.

This is the program for the 1st may 2020:
10 am: the grand procession begins in the morning with the parade of the “traccas” (lorries depicting moments of daily life from work in the fields to ancient crafts); these lorries are followed by the faithful people (dressed up in their traditional dresses) and the riders, the so called “Miliziani” and the “Guardiania”.

12 am: The statue of Sant’Efisio leaves form via Azuni, and proceeds through the city centre (Corso Vittorio Emanuele, Via Sassari, Piazza del Carmine) passing by Cagliari City Hall.

The parade then advances with a sequence of stopovers (Sant’Efisio a Giorgino, La Maddalena beach) and finally reaches the nearby village of Sarroch, where it stops for the evening.

The following day (May 2nd), the parade proceeds to Nora (Nora was the place of the martyrdom of Sant’Efisio).

On May 3rd the procession returns back to Pula.

On May 4th the procession leaves for Cagliari.

Visit Cagliari and attend the festival of Sant’Efisio hiring a car at the Cagliari Elmas airport. 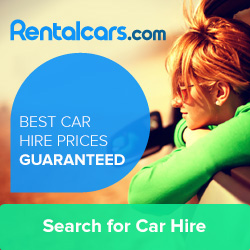